This post is about some of the books related to endurance training and sports that have inspired me over the last couple of years.

Training for endurance events changes you. At the beginning of a season, on my first long run, ten minutes in I feel anxiety creep in. How long have I been running? How many miles? How long until I get to turn around?

Eventually these thoughts quiet down. The engagement of the activity is enough to keep me occupied for hours and hours. Dan Hammer thinks of engagement as cathexis - in the mountains, your thoughts focus in on the present and all distraction burns away cleanly.

If you talk to folks who have never broken through this barrier in running and endurance, you'll eventually get asked, "What do you think about? Isn't it... boring?" Oh god, boredom!

I sometimes listen to audiobooks while I run, and bringing that up usually satisfies. I become a double oddball for running around for hours while having strangers read me stories, but the combination comes across more convincingly as "getting something done". I'm reading AND staying fit, see?

Succeess at endurance events takes a long time. Growing the aerobic system is slow. It's only through all those hours dialed in that you can develop the confidence to carry yourself through the mountains, through discomfort, through the self-doubt that hits hours away from the aid station when lightning roars across the sky and you're running out of water.

There are a bunch of books out there about endurance. Some are about the author's "journey of discovery" - you read about the author sobbing during his runs, only to find out that the author built up to a local 10k over a couple of months, called it quits and claimed to understand - but some really get it. The pain, the confusion of putting one's dreams on the line, wanting so badly to improve at something that very few other people understand, let alone care about. Here are a few of my favorites from this latter genre. 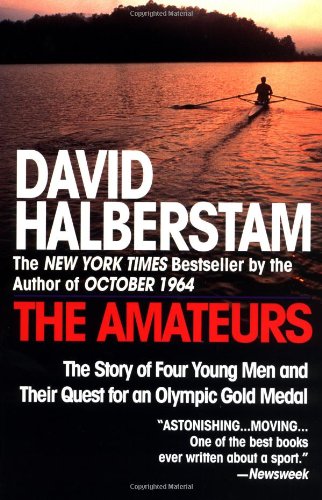 I'll always remember the first line of this book, about the Olympic sculling trials at Princeton - "It was not a celebrated event." Rowers and kayakers will recognize the feeling and smile.

"The Amateurs" is about the US Rowing Team's lead-up to the 1984 Olympic Games, from trials to team-boat selection camps to the games themselves. Halberstam captures the pain and obsession of the athletes who live for the Games, and the insanity of a sport where decades of training come down to a single race of a few minutes.

David Halberstam's not a rower himself, but his profiles of four of the top US athletes, not to mention their dark, silent father figure of a coach, Harry Parker, are fascinating. His writing spoke to my experiences training for the US Kayak Team more clearly than anything I've read. 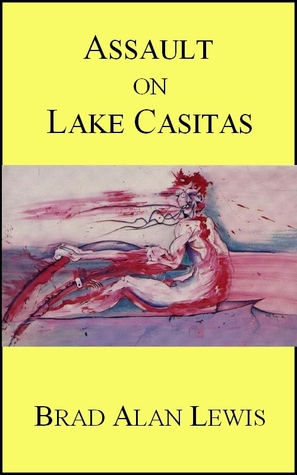 "Assault" is Brad Alan Lewis's memoir of the events Halberstam covers in "The Amateurs". Read the Amateurs to learn the cast, dive into the head of the athletes with "Assault" and say goodbye to the world for a couple days of reading.

Lewis's writing is clean, spare and brutally honest about his fear, self doubt and addiction to rowing. Before this book, I'd never read anything that talked so candidly about the anger that fuels the crushing training loads these guys have to deal with to become, or try to become, the best athletes the world has ever seen. Getting to the top isn't fun. It's a flaying. 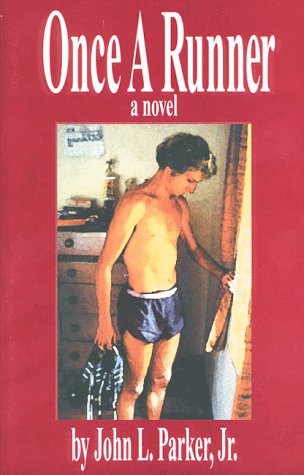 I read "Once a Runner" before the Leadville 100 back in 2013, along with a bunch of other running books I mention at the beginning of my trip report. The book's about Quenton Cassidy, a college runner down in Florida trying to run a 4 minute mile. From the Amazon description:

Under the tutelage of his friend and mentor, Bruce Denton, a graduate student and former Olympic gold medalist, Cassidy gives up his scholarship, his girlfriend, and possibly his future to withdraw to a monastic retreat in the countryside and begin training for the race of his life against the greatest miler in history.

Cassidy's unapologetically cocky. This is the ONLY way to live, and fuck anyone who doesn't get it. If you've raced endurance sports before, you'll recognize so many little moments in this book. If you're just getting started, read it now, then again in a year.

Parker self-published "Once a Runner" and used to sell it at track races out of the trunk of his car. I remember hearing somewhere that he'd give a free copy to anyone who could beat him. He didn't give away many copies. The sequel, Again to Carthage 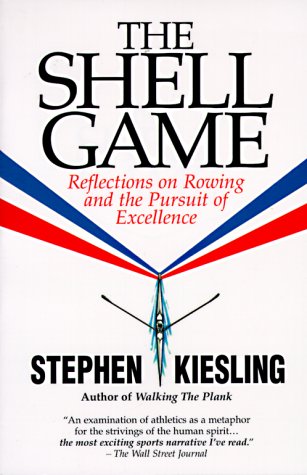 "The Shell Game" is a memoir by Stephen Kiesling about rowing at Yale, back in the 70's when the Yale crew was first learning how to go fast. the story runs from Kiesling's college years to the 1980 Olympic Trials for Moscow. As if there wasn't enough doubt in these guys' heads about the meaning of sport, Jimmy Carter had the US boycott the 1980 Olympics. This is the ultimate tragedy for an athlete that's been gunning for that one event his entire life.

This book's about the cult of college rowing, the devotion the guys have for each other, and the meaning, and power, I guess, of living like a Spartan, crushing your body deeper into the hole for faster times and records that might make you one of the immortals of the sport. 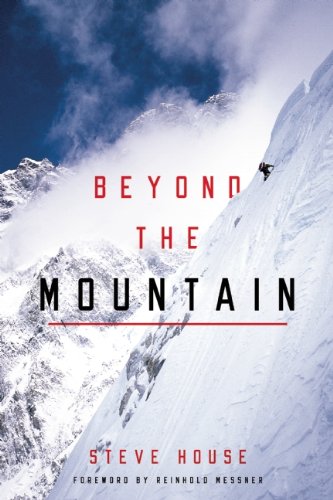 My eyes were wide reading Steve House's memoir, "Beyond the Mountain". The athletic world I come from was very structured, much closer to the rowing and track worlds of the books above. Since moving to Colorado and climbing and skiing more I've become much more inspired by stories of mountain athletes.

Steve House is a world-class athlete by any definition who wrecks shop in the mountains. The book's full of great adventure stories - solo of K7? The Rupal Face of Nanga Parbat? WHAT? - but House goes beyond trip reports and talks about the effect of his goals and dreams on his personal life. More than any of the books above, "Beyond the Mountain" drives home how dangerous it can be to expect that you'll find peace by reaching goals you've set. If you get inspired by this one, check out House's book on training for mountain athletes: Training for the New Alpinism